What is Serengeti National Park?

Nestled in the East-Central part of Africa, Serengeti is a massive ecosystem comprising of diverse plants, birds, and animals. According to NASA, Serengeti covers an entire area of 12,000 square miles and in doing so, it lives up to its name. According to the Maasai language, Serengeti refers to vast, limitless plains.

Serengeti extends from the northern parts of Tanzania to the southwestern parts of Kenya. It covers the Serengeti National Park along with a variety of other protected game areas. The areas of conservation are duly maintained by the Tanzanian and Kenyan governments. It is important to note here that the Serengeti National park hosts the biggest mammal migration across the globe and is a top spot for African safaris.

The altitudes in the Serengeti extend from 3020 feet to a whopping 6,070 feet according to the insights of UNESCO. The area is usually warm and dry, although there are frequent bouts of rain, especially during March and May. The rainy season lasts fairly less between October and November.

The landscape of Serengeti is broadly classified into two areas. This classification usually depends on the vegetation of that area. These include the Woodlands and the Grasslands. The Woodlands is the grassy spots teeming with trees. The common trees here are the Acacia and Terminalia Woodlands. Alternatively, the Grasslands include the rivers, smaller plans, and other moderately sized derived grasslands. These derived grasslands refer to those grasslands that were created due to constant fires. 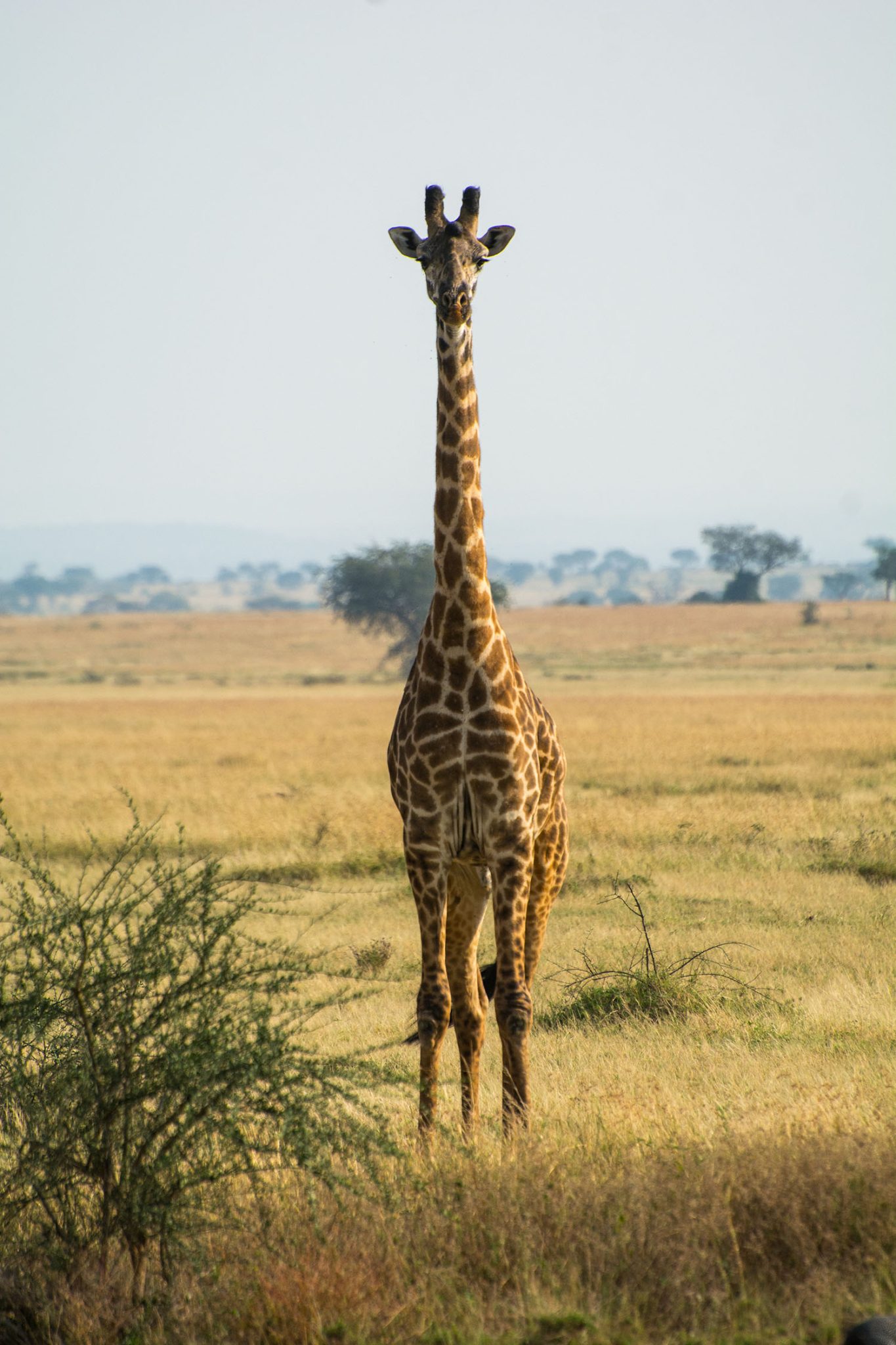 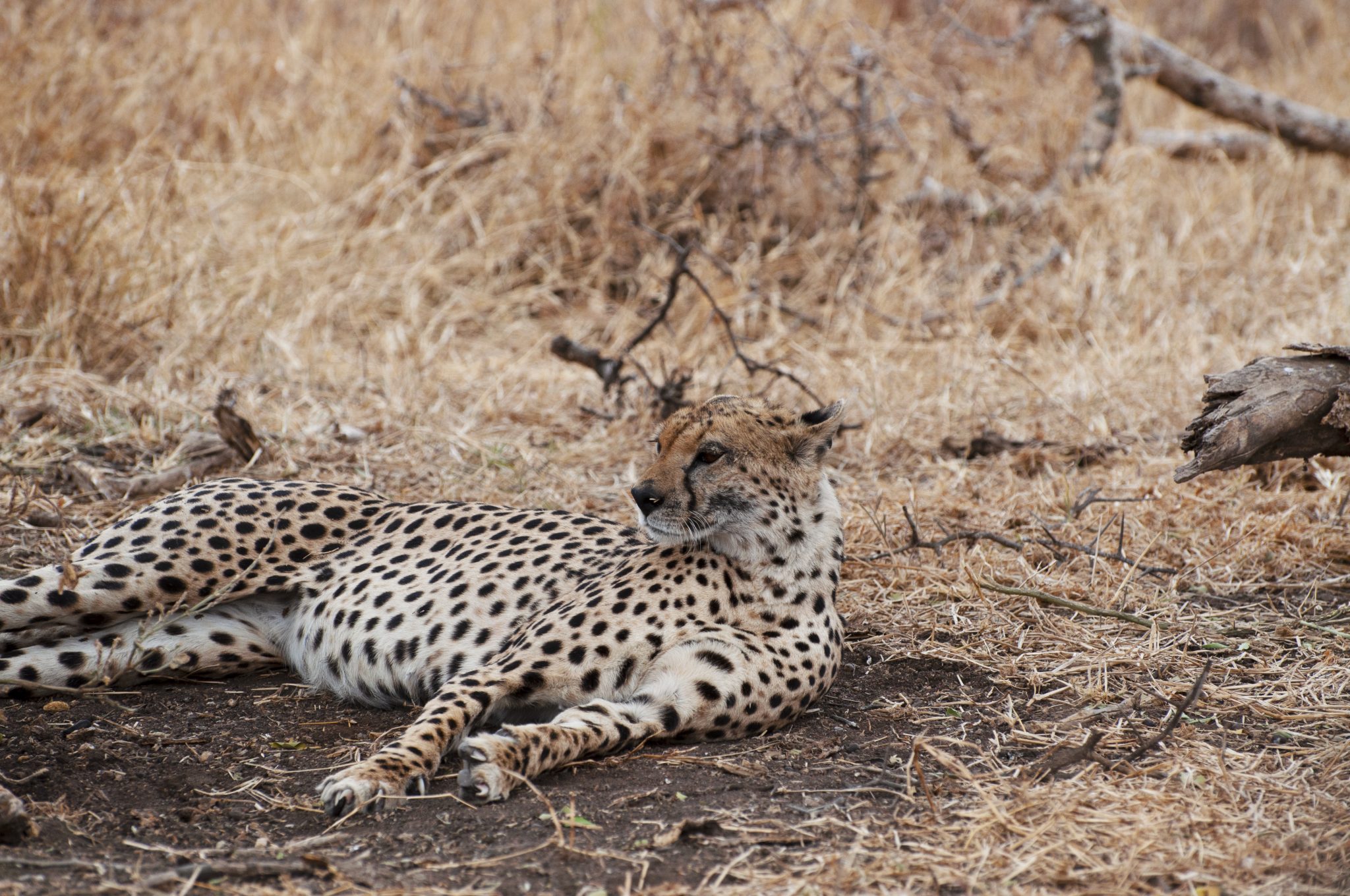 There are plenty of things that make Serengeti unique. First, it is one of the seven wonders of the world. Housing the most unique plants, birds, and animals, this park is popular among wildlife enthusiasts.

Next, the ecosystem of Serengeti is one of the largest and oldest across the earth. The weather patterns here, along with the flora and fauna have witnessed barely minimum transformation. Finally, this area is also the ancestral lands of the Maasai tribe and if you visit here, you’ll get a chance to witness the Swahili culture.

Why Should You Visit The Serengeti National Park for Vacation?

There are plenty of reasons why you should visit the Serengeti National Park. First, once you visit this park, you will get the rare opportunity of witnessing the most unique wildlife game and birds. Depending on the season, you can also witness The Great Wildebeest Migration.  Whether it is the big five, rare birds, or predatory reptiles like the Nile crocodile- you will find them all! The next impressive factor of Serengeti lies in the hot balloon safaris it has to offer. Visitors can enjoy an aerial view of the wildlife in the Serengeti plains. Third, with plenty of wildlife out there, it is a great opportunity for photographers. What’s more, you also get to meet the Maasai tribe and experience their culture up and close. Finally, there’s the spectacular sunset during the early mornings that’ll keep you completely hooked to the place.

When is The Best Time to Visit Serengeti National Park?

January to February usually qualifies as the best time for visiting this wildlife sanctuary. During this time, you will find plenty of wildebeest strolling around and is the best time to see wildbebeest calving. If you’re more interested in general wildlife, visit the park between June to September. Do note that June and July months are the best chance of seeing The Great Migration and is the high season as the park is practically crowded during this time. April and May, on the other hand, qualify as the low season. If you’re looking to visit during the best weather, try visiting between June and October. 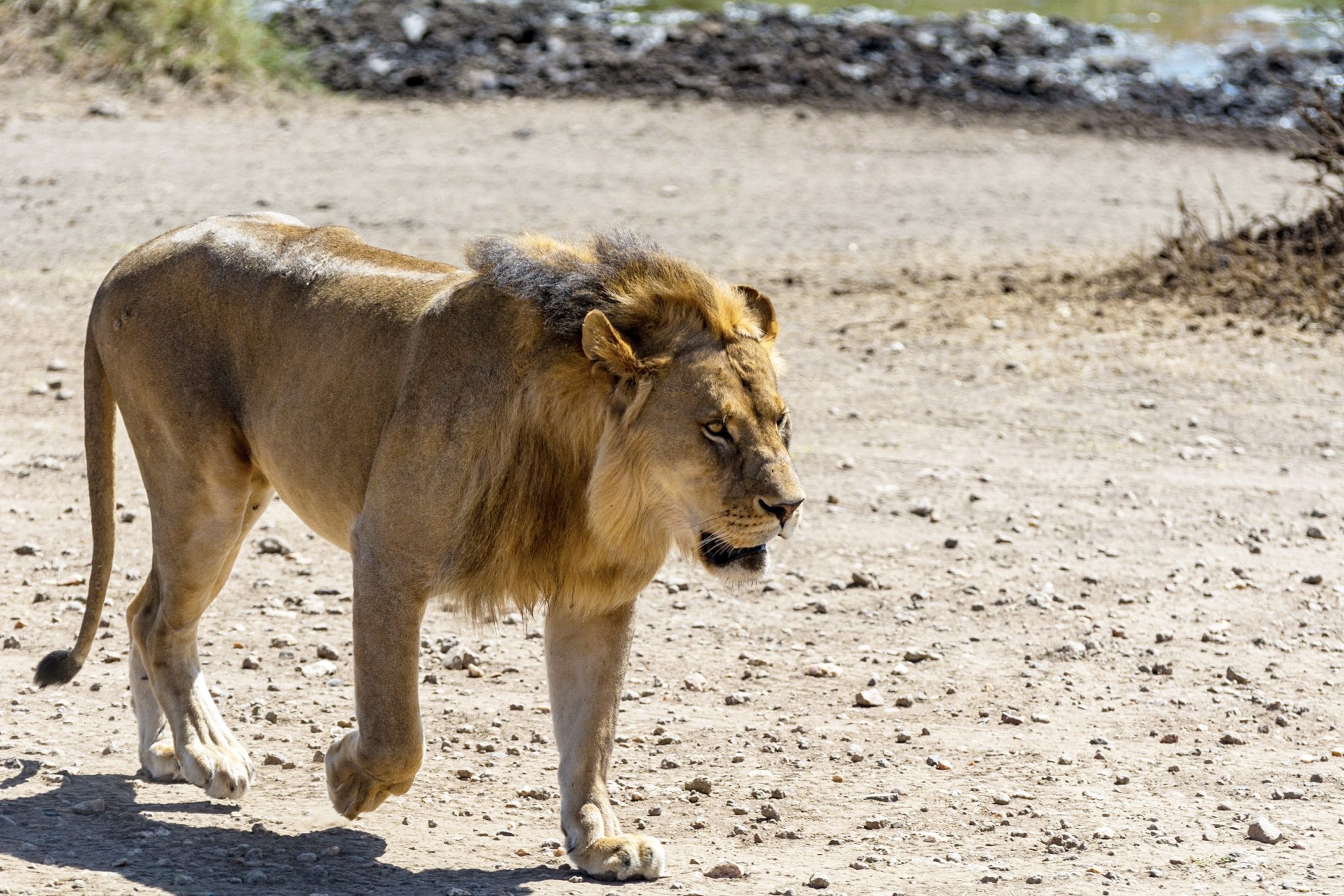 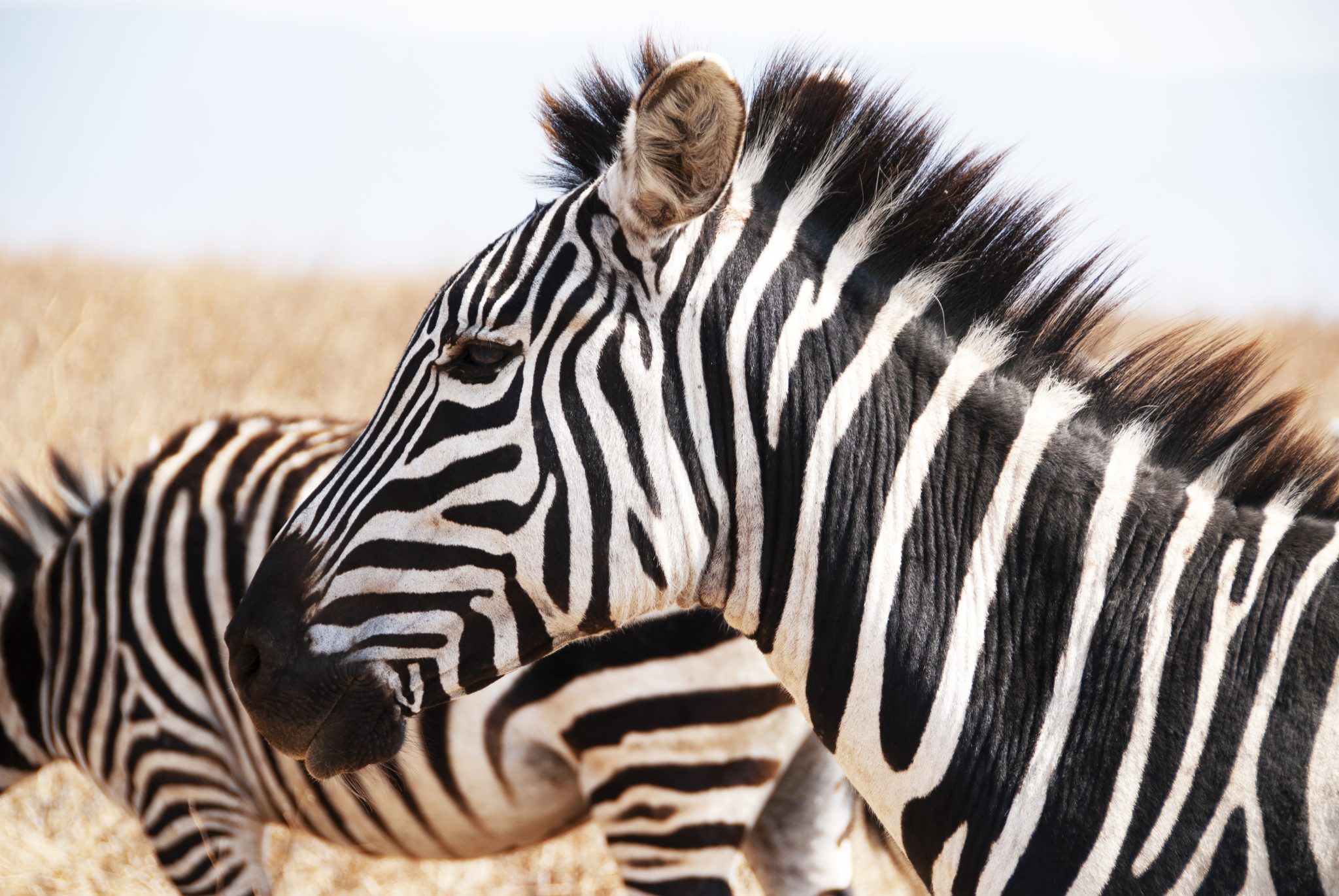 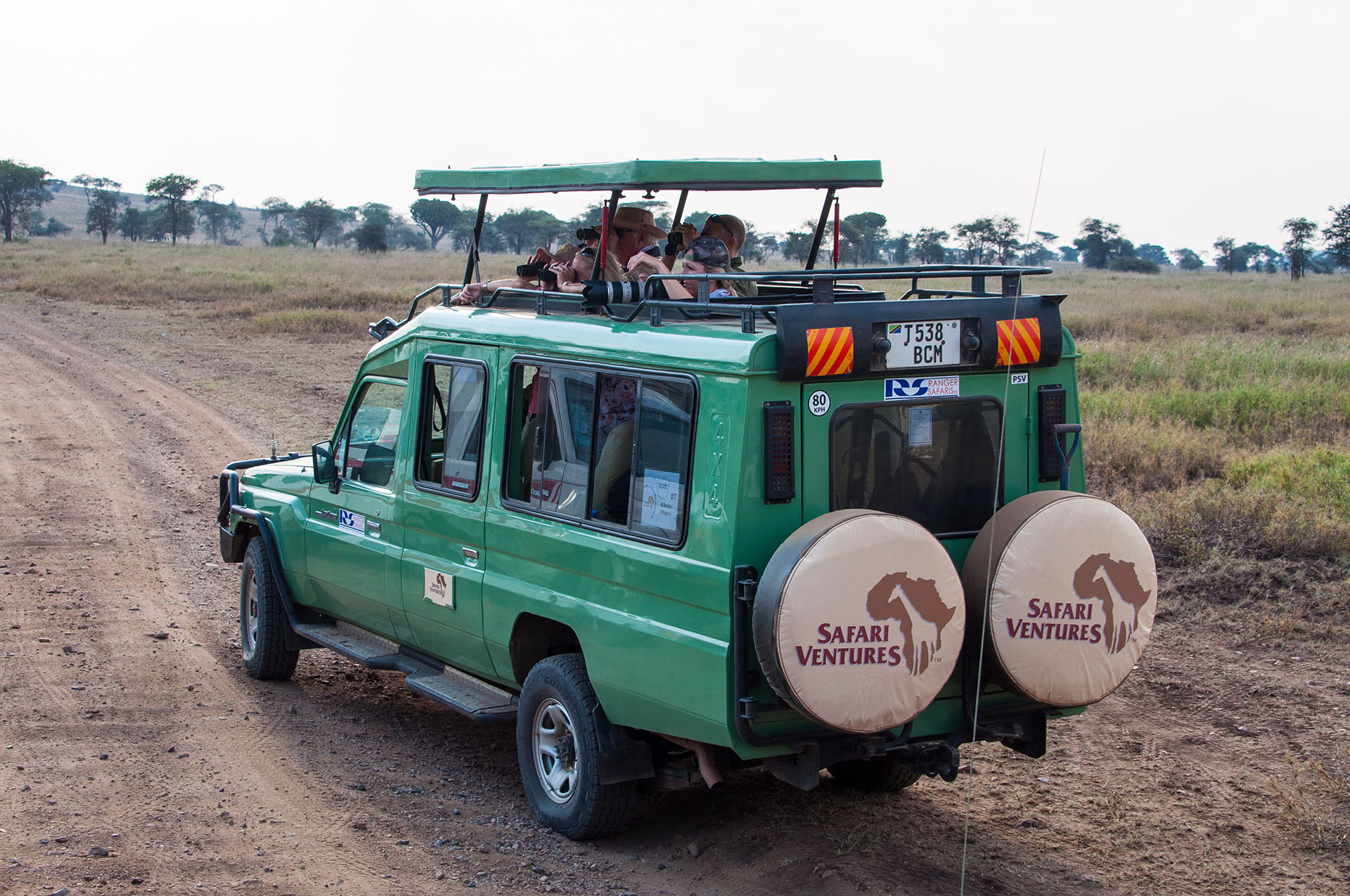 What is The Great Wildebeest Migration?

Every year, Serengeti witnesses the iconic Wildebeest migration. This usually commences during December from the Ngorongoro region of Southern Serengeti. Since these areas have rich grasslands, the wildebeest flock here for the food. It is an excellent attraction for tourists, and although many assume this to be intense and short-lived, in reality it is a slow trek.

The great migration takes place in search of fresh rain-ripened grass and water. This migration path is used by the roughly 750,000 Zebra and the 1.2 million wildebeest. As well as, the other hundreds of games who participate in this iconic migration such as eland and Thompson’s gazelle. The leaders of the herds appear to be the zebra, while the wildebeest, though much larger in numbers than the zebra, appear to be muddle-headed in their decision-making regarding routes and timing. The migrating animals move in a circle west across the Serengeti Plain and then north into the Maasai Mara in Kenya. Then they turn back south into the Serengeti again.

The wildebeests participating in this migration give birth to their young during February and March. This inadvertently sparks the predators. Finally, when the southern and eastern plains dry out by May, the herd of wildebeests, move across the northern and western parts crossing the iconic Grumeti river. It is important to note that the area along the river is rich in young and sweet grass. Since there’s also a reliable source of water, the wildebeests prefer taking this route. By the end of summer (typically September) the rainy season will start back up gain and the migration with start their journey back to the Serengeti.

The instances of death among wildebeest are particularly common during the migration. Around 250,000 wildebeest die while moving from Tanzania to Masai Mara Reserve in the lower parts of Kenya. According to the World Wildlife Fund, this is an entire area of 500 miles. Most of the deaths happen due to thirst, exhaustion, and immense hunger. There are, however, instances of predation as well.

One of the defining features of the Great Migration is that it doesn’t have any specific beginning or end. Instead, it rhythmically moves around in a clockwise direction. This, in turn, makes it a little easier to predict the migration track.  The best way to plan your safari to know the path of the migration and try to plan to visit when you think the animals will be there. Of course, seasons can change early and unexpectedly, make it not always a guarantee to see. Nonetheless, the Serengeti is known to always have a great variety of wildlife year-round.

What Animals are Commonly Seen in Serengeti National Park?

Some of the common animals of the Serengeti National Park include blue wildebeests, the iconic gazelles, zebras, hyaenas, buffalos, and the mighty lions as mentioned in the fabled Lion King’. Other popular animals include the cheetahs, giraffes, baboons, hyraxes, warthogs, honey badgers, golden wolves, porcupines, and foxes with bat-ears. More uncommon species include chameleons, agama lizards, and Nile lizards.

During the 1890s, the constant droughts and epidemics had a major impact on the population of animals in Serengeti. The wildebeests took the biggest hit at this point. However, owing to proper conservation efforts, the population of wildebeest and buffalo eventually recovered during the mid-1970s.

What to Expect from a Serengeti Safari?

A Serengeti Safari will completely engage your senses, which itself is rare in our modern technology-driven age. It is one of the few activities that offer abundant sightings of wildlife. It is almost like visiting the biggest zoo in the world. The best part is you get to see the animals roam the Serengeti plains and not behind tough cages and solid concrete.

A safari in Serengeti will offer you an opportunity to see and mingle with a wide range of wildlife. Unlike any other experience, here, you get to see the animals where they truly belong- amid the wilderness. You will witness life’s circle playing out across your eyes every single day. At the end of it all, you will have a more profound degree of attachment to the natural world.

Serengeti is one of those few spots where you’re still able to witness the Big Five’. These include lions, leopards, elephants, buffalos, and rhinoceros. These iconic creatures will join several millions of zebras and wildebeest for the Great Migration every year.

During your safari, you will get to see these animals live in action. Whether it is the lions or the common predators like Cheetahs and Hyenas- you will see them all in the Serengeti National Park. Several herds of buffalo will travel with the wildebeest and zebras as they finally reach the rivers and water bodies. These water bodies house several hundreds of hippos and crocodiles. If you’re lucky enough, you might even spot the bushbaby and the rhinos.

While night-time visits to the park are prohibited, you can still witness these animals right beyond the park’s boundaries. During the night-time, you might see or hear these predators hunting their prey.

In addition to the featured wildlife, you might also encounter antelopes during your safari. Yes, by antelopes we are talking about the massive Eland and the smaller dik-dik. You will also come across Grant’s gazelles, as they stroll along the waterbuck. The subsequent woodlands around this are houses bushbucks, impalas, and beautiful klipspringers.

What Activities Can You Do in the Serengeti?

There are plenty of activities you can on your safari in the Serengeti National Park. As mentioned earlier, you can take a daytime safari where you’ll spot both common and uncommon wildlife. If you are a birdwatcher, you can try finding the unique birds of this region. If you are not afraid of height, we greatly recommend taking a hot air balloon safari through the Serengeti. Balloon safaris provided the best game-viewing experience with a bird’s-eye view of the Serengeti and wildlife. See prides of lions looking for breakfast, herds of wildebeest or pods of hippos heading back to water before the sun rises. Finally, after experiencing an “African massage” from your safari game drive earlier, you can relax at your lodge or camp site with a proper massage or experience the African Serengeti sunset with a sundowner.

Experience an adventure of a lifetime as you travel through the Serengeti plains whether by driving, hot air balloon, or scenic flights in or out of the Serengeti.