A tribe that once subsisted mainly on the milk and blood of their cattle, once dined on bread and plum pudding with Ernest Hemingway. A pastoral people who inhabit the Serengeti area of Tanzania and Kenya, the Maasai present a colorful sight in their traditional dress and the ubiquitous spears in their hands.

They are nomadic cattle, sheep and goat herders, who have had to adapt to modern times. Many have turned to agriculture and others have started living in the cities.  They are always happy to go back to their villages around the game parks.  Some of these villages are open to tourists, whom they entertain with their traditional dances, especially the famed udumu or jumping dance performed by Maasai men.  The men are tall and athletic, and call themselves warriors. During their initiation ceremonies in the past, they proved their manhood by killing a lion with spears.

Visit a Maasai Village and immerse yourself into the local culture and dances. Learn how to make fire the traditional way, get invited into a Maasai manyatta (home) and visit the Maasai school for the younger children.

Click here for more information of a Maasai Village Experience 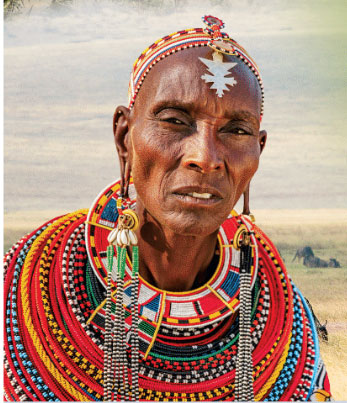 Photos taken by one of our guest- Lindsey Potter

A fascinating cultural highlight now being offered to guests visiting Ngorongoro Crater is a full-day, off-the-beaten-track adventure with the Hadzabe people. These ancient hunter-gatherers inhabit the land near Lake Eyasi, and their traditional unchanged way of life and obvious harmony with the earth are spellbinding. Accompanied throughout by a Safari Ventures ranger, guests have the opportunity to engage with the bushmen and learn all about their time – honored hunting techniques, survival skills, food preparation and cultural norms. A veritable step back in time, this is an undeniably authentic cultural journey into rural Tanzania that reveals the untold world of these charismatic people. This adventure must be pre-booked and is not suitable for children under 12 years of age. 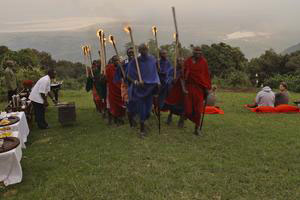 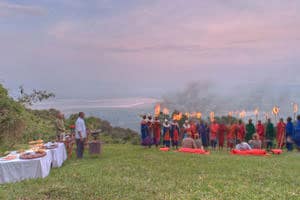 Experiencing the rhythm of African music is one of the most unforgettable experiences. This group of local drummers provides great entertainment to guests, whilst also sharing their unique culture. The traditional music of Tanzanian cultures is given its melodic drive by a marimba (also called a mbira), a type of instrument that is unique to Africa.

Make a toast to the setting sun with a refreshing sundowner cocktail at Gorgor (walking distance from the lodge), on the rim of the Crater. You will also be accompanied by Maasai warriors who will serenade you with their traditional chants and songs. Expect unforgettable views and exceptional photographic opportunities.